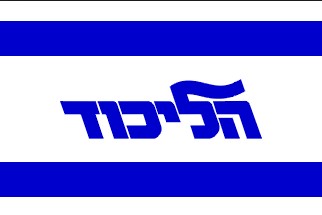 When the present writer states that the Likud Party is dead, the sensible reader will understand that I am speaking metaphorically. The Likud is “dead” despite its having won 38 seats in the January 2003 Knesset elections, and despite the probability that it will form the government after the next election.

Yes, the Likud is dead, very dead, by which the well-informed and sensitive readers will understand that the Likud is intellectually moribund on the one hand, and heartless on the other. That it is intellectually moribund is obvious: The Likud is still crawling on Labor’s Oslo track, only now it is called the “Road Map” or “Unilateral Separation or Disengagement.” The fact that the Likud has even made overtures to Syria regarding the Golan Heights—Syria, a terrorist state and patron of Hezbollah—clearly indicates that the leaders of the Likud are “brain dead.” By following this link you will find more information about Israel and USA news.

The morally sensitive observer will recognize that the Likud (and not only the Likud) is heartless or spineless because it has tolerated the murder of some 800 Jews and the wounding and maiming of 6,000 more, in consequence of which countless thousands of Jewish children are suffering from post-traumatic shock syndrome. While the Arabs are waging a genocidal war against the Jewish people, the Likud responds with “targeted killings” and clandestine meetings with Arafat’s implacable Jew-killers. This is an insane, pusillanimous, and utterly immoral policy.

Of course, I am being judgmental, implying rather old-fashioned standard of “black” and “white,” which Likud leader Ariel Sharon, tainted by moral relativism, publicly scorned in an interview with Ha’aretz. This doctrine seems to have inclined Sharon toward the anti-Zionist or anti-Jewish Left, the purveyors of nihilism.

One thing is clear: Mr. Sharon has become Labor’s surrogate prime minister. He is publicly committed to the establishment of another Arab state on Jewish land, hence to the uprooting of an untold number of Jewish communities in Judea, Samaria, and Gaza. This Likud leader has not only abandoned Zionism. He is pursuing a course of action which he himself described as “anti-Jewish” in his article “The Enemy Within,” which appeared in The Jerusalem Post on March 31, 1995.

In view of the preceding facts, anyone that encourages people to join the Likud is inviting them to enter a political cesspool—of course in the hope that the cesspool can be transformed into a fragrant orchard. Such a hope, however, does not diminish the stench.

The present degradation of the Jewish people under the Likud will not be overcome by politics, the essence of which is sheer egoism or the lust for power. The redemption of the Jewish people requires a turning away from politics, and this means a turning away from the religion of our times, Democracy. Democracy is an utter fraud, a mere façade for this or that ruling elite which uses and abuses the law to advance its own interests—like today’s Likud-led government. The redemption of the Jewish people must come from the people themselves. They know that Israel’s system of governance is thoroughly corrupt, but they persist in playing according to its rules. Read more about democratic political news.

Needed, therefore, is a movement whose goal is to not to reform this system—as some would reform the Likud—but to scrap this system as a desecration of all that Jews cherish and regard as holy. The goal of this movement must be nothing less than the restoration of Hebraic civilization, whose foundation is the convergence of Torah and Science. That must be the banner of this movement, and all who are disgusted with politics must unite and rally to this banner, must go to the people with this banner and liberate them from the bonds of a tyranny that parades as a Democracy. And this must be done, again and again, in the Name of God.

Beneath the Fear of Democracy