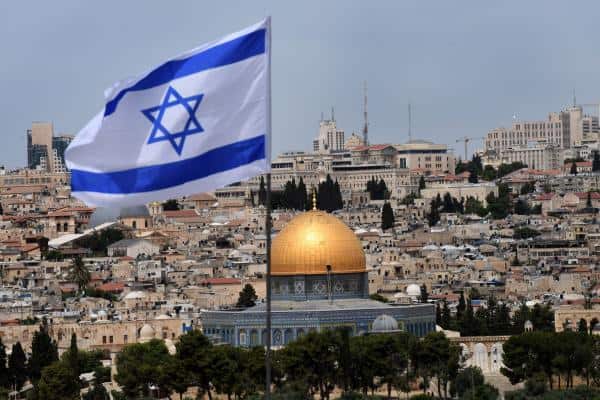 The cabinet will soon vote on Avigdor Lieberman’s government reform bill. It is a dangerous bill tailored to Lieberman’s personal ambitions.

The chairman of Israel Beiteinu claims that his proposal for a presidential form of government is modeled after the America system. If so, I will have to trash my two books on the American Constitution and apologize to the political scientists that have either adopted or recommended these books in their courses on American government.

Moreover, while the American Constitution makes the president responsible for foreign policy, treaties require ratification by a two-thirds majority of the Senate. In Israel, however, a simple majority of the cabinet is sufficient. Although prime ministers have sometimes submitted treaties to the Knesset, there too approval requires only a simple majority. Under Lieberman’s presidential plan, however, the president would have the sole power to sign treaties with only the consent of his own hand-picked cabinet ministers. The Knesset would be excluded from this important national concern

Furthermore, in America, congressmen are elected by districts, not by party slates. Their primary loyalty is to their constituents. Indeed, a president may sometimes face a congress—either the Senate or the House of Representatives or both—whose majority is composed of an opposition party. In stark contrast to the American Constitution, Lieberman’s proposal retains Israel’s existing parliamentary electoral system, in which Knesset Members are accountable not to the voters but to their party institutions or leaders.

So far removed is Lieberman’s presidential system from that prescribed in the American Constitution that he would endow the president with the power to dissolve the Knesset whenever he deems it too dominated by the opposition to implement his policies. Is Lieberman ignorant of the fact that the American Constitution prescribes fixed terms of office for both houses of congress (as well as for the president)?

Before continuing, let’s consider one of the institutional flaws of Israel’s political system which Lieberman would like to correct. As everyone knows, Israel’s cabinet consists of a coalition of rival parties each pursuing its own agenda. The prime minister may therefore be subject to extortion, i.e., to the threat of any party which, by resigning from the coalition, may terminate the government.

But I have emphasized a more fundamental flaw, one which is largely responsible for most of Israel’s major problems, including that of multiparty cabinet government.

I refer to a fact alluded to earlier, that Israel doesn’t have regional or multidistrict elections. Instead, the entire country constitutes a single electoral district—an electoral system rejected by almost every democracy, including 26 which are smaller in size and population than Israel. As a consequence of this system, the people of Israel are compelled to vote for party slates which win Knesset seats on the basis of Proportional Representation. Thus, contrary to principles of democracy and of honest government, the Knesset members are not individually accountable to the voters in constituency elections. This allows MKs to ignore public opinion with impunity.

Lieberman’s plan retains this undemocratic state of affairs. The jobs of MKs will be as secure as ever. An incumbent MK will still not have to compete against a rival candidate who could expose his perhaps unsound or pernicious record. (Proportional Representation has entrenched Shimon Peres in the Knesset for five decades despite his responsibility for the disastrous Oslo Agreement.)

Lieberman knows that Proportional Representation with the low electoral threshold multiplies the number of parties in the Knesset. To minimize this problem, he would raise the threshold from 2% to 10%. Parties with less than 12 seats would then fail to be represented in the Knesset.

A 10% threshold would eliminate the Arab parties, but not for long, since Arabs constitute almost 50% of the births in Israel. If Lieberman were really serious about solving the problem of growing irredentism of Israeli Arabs, then, as political analyst Caroline Glick has said, “He wouldn’t be talking about partitioning the land between Israel and its enemies. He would be talking about partitioning Israel into electoral districts for direct election of Knesset members.”

Glick goes on to say: “A review of Israel’s demographic situation clearly indicates that by moving from a proportional to district electoral system, it would be possible to largely neutralize the threat to national security posed by anti-Israel forces among Israeli Arabs” (a position I have publicized countless times during the past two decades).

Having reduced the number of parties in the Knesset, Lieberman goes further. He would exclude MKs from being members of the cabinet. Here he is on solid American grounds, except that, as indicated above, he would render the Knesset utterly impotent—a formula for dictatorship.

The government will obviously consist of individuals who identify with the president’s goals and program. Fine, but what will restrain this monolithic government? The president and his cabinet will control all the major levers of political and economic power. Lieberman’s Knesset, unlike the American Congress, will still lack even the power of administrative oversight—the power to prevent or correct government abuses. Institutional checks and balances will be more conspicuous by their absence in Lieberman’s plan.

Although the president, under his plan, can be removed by a vote of 80 MKs, such a vote is not within the range of political probability. The Knesset has never even mustered enough votes to topple a Labor- or Likud-led government, which would require only a simple majority.

We have here a dangerous system of government: a nationally elected president with virtually unchecked executive power and a legislature which, even more than the existing one, will be nothing more than a factory for hot air.

One last word: Seven years ago I offered Lieberman’s party a genuine presidential system of government, one that employs Jewish principles to make Israel more democratic and democratic principles to make Israel more Jewish. Making Israel more democratic as well and more Jewish is not on Lieberman’s agenda. To the contrary, his presidential plan of government is tailored to his own hardly concealed ambition to become Israel’s national leader after the demise of Ehud Olmert. He is a dangerous man.

A Brief Commentary on Israeli Intelligence

Shimon Peres and the Betrayal of Israel

Motion of No-Confidence in Israel

The War in Numbers—IDF in Action