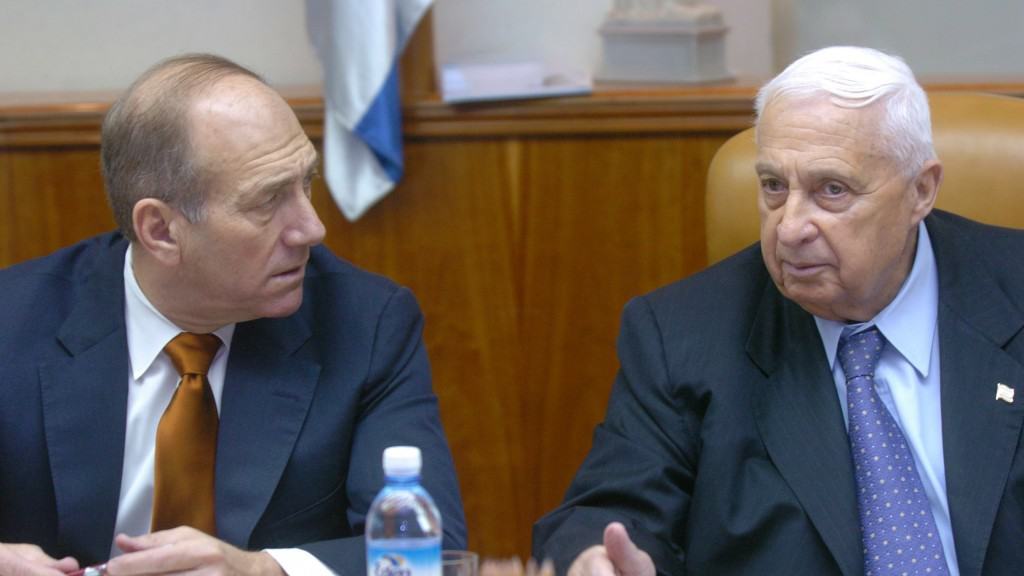 A respected political scientist has said that a revolution would have erupted in any Third World country had its people suffered what the people of Israel have suffered under the Rabin (now read the Sharon or Olmert) government: deceit, betrayal, Jewish bloodshed, humiliation:

Expelling 10,000 Jews from their homes in Gaza and northern Samaria

Allowing thousands of Arab missile to terrorize and ruin Sderot

Still no revolution! Why not? Because the people of Israel have been brainwashed to believe they live in a democracy. After all, given periodic, multi-party elections, all people need do is wait for the next election to change the (inept) party or party leader in power. Yet, with every such election Israel descends deeper and deeper into ineptitude.

Having studied the basic causes and various occasions which lead to revolution, I can say with confidence that such is Israel’s singular character that a violent revolution in this country is a virtual impossibility.

Though Israel is not a democracy, the mentality of most Israelis, including opponents of the government, is thoroughly democratic and bourgeois. Because bourgeois democrats are primarily motivated by the desire for comfort and security, they are politically moderate on the one hand, and constitutionally opposed to the hazards of revolution on the other.

But since these bourgeois democrats are Jewish—and many are religious—they comprise the most anti-revolutionary species imaginable: Jewish humanists.

Jewish humanists are really Christians without the Christian G-d. They practice with a vengeance what Christians preach: “love your enemies,” “turn the other cheek,” “do not resist evil.” One may even say that contemporary Israel is the only Christian nation on earth! When it comes to loving one’s enemies, turning the other cheek, and not resisting evil, present-day Israel has no equal in the annals of human history.

Can you imagine the leaders of any avowedly Christian country raising money for their people’s enemies, as Shimon Peres did for Yasser Arafat and the PLO?

To be sure, this Judeo-Christian charity is for the sake of “peace.” That this money will make it easier for the PLO-cum-Hamas to kill more Jews is simply the price Jews must pay for “peace.”

Meanwhile, most Jews in Israel look upon their government’s complicity in murder either with indifference or bewilderment. To expect revolution from such Jews is to expect lambs to metamorphose into lions.

Besides, the government controls all the levers of power: the military, the economy, the media, the educational and cultural institutions—yes, and it has the Supreme Court to legalize its crimes against the Jewish people. And don’t forget that the suicidal policy of territorial withdrawal is demanded by, and has won the accolades of, the entire Oslovian, i.e., Orwellian world!

When to all this you add the disarming myth that Israel is a democracy (which gives its despotic and treacherous governments the color of legitimacy) it’s clear that Israel’s ruling elites—politicians and judges, academics and journalists—have stupefied the people of this God-forsaken country. Hence, to talk of revolution occurring in Israel is pure nonsense—which may also be said of civil disobedience intended to prevent this democratically elected despotism from yielding more land to the sworn enemies of the Jewish people.

Amateurs have squandered hundreds of thousands if not millions of (donated) dollars over the years on demonstrations, full-page ads, newsletters, special newspapers, video cassettes, law suits, etc. Not that these airings of opposition to the government are of no value. But had part of this money been used to expose the myth of Israeli democracy, things might be very different in Israel today.

The Peres-Shas Nexus: A Commentary on the Religious Parties

For the Record: A Revolutionary Proposal