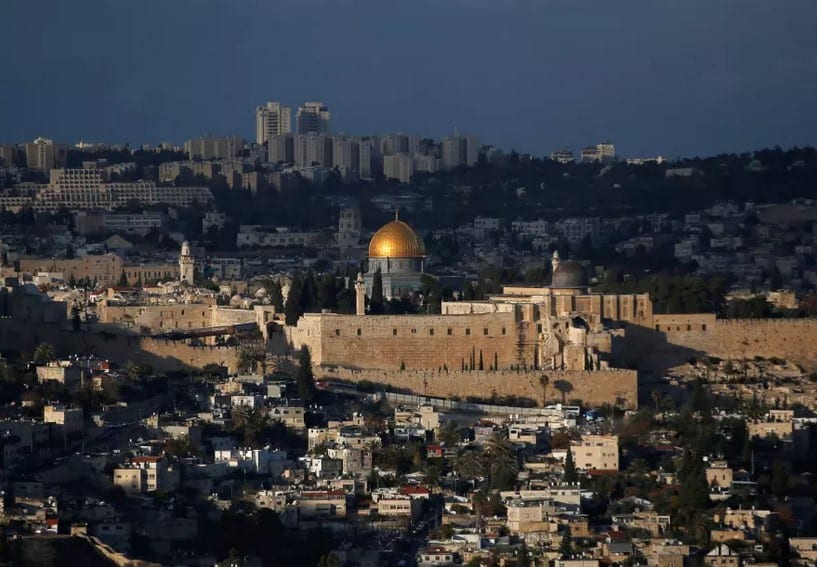 One should not identify Israel with the State of Israel. Since Israel was created as the God-bearing nation, it is infinitely more than a state—one of some 200 states represented in the United Nations. The State is a secular concept. It denotes the sovereign power within a political society.

As a secular entity, the State of Israel, in contradistinction to Israel per se, is a temporary phenomenon. This conclusion may be inferred from the thoughts of Rabbi Avraham Isaac Kook (1865-1935), Israel’s first (Ashkenazi) Chief Rabbi who, in addition to being an extraordinary Torah scholar, was a profound philosopher of history.

Referring to secular Zionists of his own time, in whom he saw some semblance of Jewishness, Rav Kook admonishes them, saying:

The denial of our “Thou hast chosen us” vocation and singularity is a fatal blunder. Set apart from the Gentiles, as evident in our incomparable history, the Jewish excellence and nobility surpasses that of any other nation. Our self-recognition implies an awareness of the Jewish grandeur; its renunciation spells a denial of the self. A people that disregards its essence, diminishes its stature. The obliteration of our exalted nature is the sole cause of our decline …

Lest this be deemed Jewish conceit or chauvinism, consider what diverse Gentiles have said of the Jewish people.

Aristotle’s successor at the Lyceum, Theophrastus, called the Jews “a nation of philosophers.” Christian historian Eusebius (circa 300 CE) said of the Jews: “For of all mankind these were the first and sole people who from the very first foundation of social life devoted their thought to rational speculation…”

Friedrich Nietzsche (wrongly viewed as an anti-Semite) had this to say in The Joyful Wisdom: “Wherever the Jews have attained to influence, they have taught to analyze more subtly, to argue more acutely, to write more clearly and purely: it has always been their problem to bring people ‘raison.’”

In Beyond Good and Evil Nietzsche writes: “In the Jewish ‘Old Testament,’ the book of divine justice, there are human beings, things, and speeches in so grand a style that Greek and Indian literature have nothing to compare with it.”

Returning to Rav Kook, in his seminal work, Orot, he writes: “Israel alone affirms the undiluted monotheism that enhances our inner character, that motivates the Jewish culture’s magnificent resurgence.” Whereas the Torah created the Jewish people before they had a land or state of their own, gentile religions were superimposed on pagan nations. Beneath Europe’s veneer of Christianity lurk primitive indigenous cultures which periodically erupt in barbarism. The same may be said of Islam.

To be sure, and as Rav Kook points out, “There exist saintly, philosophical, religious and Divinely imbued persons everywhere, but with Israel alone the corporate spiritual fruition coincides with the Universal Divine ideal.” By following Foundation Blog you will learn more about all today in Israel News.

Alas, belief in the one God has been undermined since the Enlightenment. With the eclipse of God in post-Christian Europe, and in the post-modernism rampant in American universities, we are witnessing the decay of Western civilization. The same decay is evident among post-Zionists in Israel, whose atheism, Rav Kook would say, is “a pathological symptom among Jews.”

Rav Kook admitted that irreligion and materialism could not spread in Israel were it not for lapses and philosophical stagnation among the observant. Still, atheism will eventually be vomited out of Eretz Yisrael. Indeed, the inane as well as anti-Jewish policies of the State of Israel is eliciting from deeply concerned Jews a new and richer perception of Torah wisdom.

Rav Kook has written: “Though buried under heaps of stagnant delusion, foul practice and intellectual depravity, the impact of the Divine on the Jewish character can at no time be erased.” Soon it will be rejuvenated. Eventually, Israel will dissolve the woeful contradictions of mankind, will unite the “world of the spirit with the material world of action” and thereby endow mankind with joyful wisdom.

Something like this was discerned by Nietzsche. This avowed atheist, who abhorred the otherworldliness, hypocrisy, and joylessness of European Christianity, offers this remarkable vision: “On the day when the Jews will be able to show as their handiwork such jewels and golden vessels as the European nations of shorter and less thorough experience neither can nor could produce … then once more that seventh day will appear, when the God of Israel may rejoice in Himself, His creation, and His chosen people—and all of us will rejoice with Him!” For more feel free to contact foundation1.org.

The Likud: A Dead Man Walking

The Issue Is Judaism

A Political Dictionary for Israelis and Immigrants: Part I

Theocracy Versus Judaism: How the Jews of Israel Have Been Deceived and Disempowered (I)