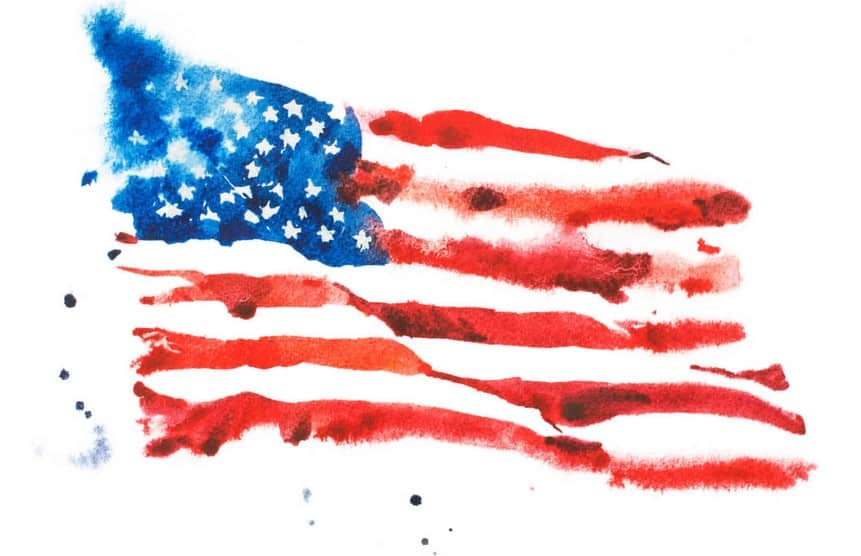 The monumental significance of the American Revolution is articulated in the Declaration of Independence. The Declaration teaches that to merit obedience, the laws enacted by any State must be consistent with the “laws of Nature and of Nature’s God.” This “Higher Law” doctrine provides grounds not only for civil disobedience, but even for violent revolution if the acts of the State evince a design toward tyranny. Not the State but God is the ultimate source of authority.

Such is the profundity of the Declaration that it was incorporated in most of the thirteen original state constitutions. Abraham Lincoln regarded the Declaration as the credo of the American people and the political philosophy of the American Constitution. Thus understood, the Constitution is based on certain immutable ethical and political principles. Most fundamental is the primacy of the individual, from which follows the principle of limited government. Limited government requires separation of legislative, executive, and judicial branches. This produces institutional checks and balances to prevent majority as well as minority tyranny. The Constitution thus prescribes institutional means to safeguard the individual’s rights to Life, Liberty, and the pursuit of Happiness.

It may shock you to learn—but some scholars believe I am the first political scientist to reveal—that the seed of the anti-American revolution was planted by Woodrow Wilson. Influenced by German historical relativism, Wilson rejected the natural rights doctrine of the Declaration of Independence. Instead of immutable “laws of nature” he posited evolutionary laws of history. He originated the idea that the Constitution must evolve with the changing circumstances of society. The Supreme Court must therefore interpret the Constitution not according to the intentions of its Framers, but according to the progressive opinions of the day—the opinions of the “enlightened” members of society ensconced in academia.

Wilson was a political scientist who admired England’s unitary system of cabinet government, where the party of the prime minister also controls the legislature. He admired the Prussian system of public administration which, by endowing government with professionalism, insulated it from partisan politics. Wilson may be deemed America’s first cosmopolitan president.

Enter Barack Obama, a self-declared cosmopolitan now spearheading an anti-American revolution. The Declaration and the Constitution are being relegated to the dust heap of history. This revolution employs institutional and cultural techniques to stifle individual freedom and maximize the power of the State.

The most cancerous institutional technique involves enormous expansion of the bureaucracy, invading the private domain. Most insidious, Obama’s health-care, which may include euthanasia, empowers the State to ration medical treatment according to a person’s age and illness, hence to determine whether you live or die. Farewell to the individual’s inalienable rights to Life, Liberty, and the pursuit of Happiness.

To ram through his far-left agenda, Obama’s Democratic cohorts in the House have curtailed the three-day posting period preceding the vote on any bill, thus preventing the public from knowing what the bill is all about. Follow Foundation Blog and always stay updated about what is happening in Israel and USA news.

The second technique of revolution proceeds by changing America’s demographic character. Aristotle points out that one cause of revolution is excessive “heterogeneity of stock,” meaning, excessive ethnic diversity. As a result of permissive immigration laws, a country may include ethnic groups whose character and customs clash with the way of life of the native majority: witness Eurabia. Immigration laws may also increase the electoral base of a party committed to redistribution of wealth. Eventually, the immigrant population may equal or exceed the original native population. The democratic principle of one adult, one vote can thus lead to regime change, and without violence.

This is happening in America. The title of Samuel Huntington’s recent book, Who Are We? suggests that America is losing its cultural identity. This is nothing less than a revolution. To understand this cultural revolution, a brief description of America’s early culture is necessary.

The ethnic groups that founded America were among the most highly educated citizens of Great Britain and Europe. A dozen universities flourished before the end of eighteenth century, including Harvard, Yale, Princeton, and Columbia. Nineteenth-century British Prime Minister William Gladstone said that America’s Founding Fathers constituted the greatest collection of statesmen in history.

Early Americans quoted not only the Bible, but also Shakespeare, Cicero, Locke, and other luminaries. I dare say that apart from the sciences, the intellectual discipline of eighteen-century American universities puts to shame what passes for higher education today. The Federalist Papers, which were newspaper articles, will be studied long after the books of countless present day political scientists are forgotten.

As is well known, America was based primarily on the Protestant ethic. Without denying serious flaws, this ethic exalted family values. It emphasized education, honest work, thrift, self-reliance, personal responsibility. This era is fading away. The bureaucratic state is intruding more and more into the family; universities are propagating moral relativism; and during the past few decades, millions of immigrants, poorly educated or of dubious character, have entered America. Unlike the immigrants of the late nineteenth and early twentieth century, a large percentage of these recent immigrants are not anxious to assimilate—an attitude encouraged by the cultural relativism that permeates the anti-American liberal-left.

Far be it for me to denigrate any people, but the enormous influx of Hispanics from Mexico, Latin America, and South America is transforming America into a bi-national state. The Obama administration will hasten this cultural revolution for partisan and anti-American reasons. To illustrate, I shall draw on data from Mark Levin’s recent book, Liberty and Tyranny.

Almost 10 percent of Mexico’s population is living in the United States. Many American-born Hispanics, especially Mexicans, do not identify with America or American culture but rather with the culture of their homeland.

By 2050, Hispanics may be a third of the nation’s population. Hispanic women have the highest unmarried birthrate in the country—over three times that of whites and Asians, and nearly one-and-a-half times that of black women.

Such is the “fertility surge” of Hispanics that by 2050, the Hispanic school-age population will make up the majority of public school students.

One survey found that more than 55 million individuals in the U.S. speak a language other than English at home. More than 34 million speak Spanish at home, and of these more than 16 million speak English poorly.

Hispanics are almost three times more likely to receive welfare than non-Hispanic whites. The Department of Justice reported that in 2001, approximately half of all gang members were Hispanic/Latino. One gang in Los Angeles reportedly has branches in 31 states, and with links to Mexico and Latin America. Levin points out that Mexico exports to the US the foot soldiers of potential revolutionaries to preserve Mexico’s own culture of corruption and privilege.

Mexico’s government is promoting the notion that much of the American southwest rightfully belongs to Mexico. A Zogby poll indicates that 58 percent of the Mexicans agree.

Levin concludes: “So distant is America from its founding principles that it’s difficult to precisely describe the nature of American government.” Superimposed on America’s great Constitution is a maze of administrative agencies unknown and unaccountable to the people and detached from their beliefs and values. If their beliefs and values lack the clarity and vigor of Americans of yesteryear, their colleges and universities are largely to blame.

To salvage America, either the Republican Party must be rejuvenated, or a new Constitutional Party must be developed to terminate Obama’s anti-American revolution. Since this revolution is advancing by institutional and cultural means, corresponding counter-measures are necessary. First, immigration laws must be drastically revised and vigorously enforced to restore America’s cultural integrity. This will require curtailment of the multiculturalism and policy-making tendency of the Supreme Court. Second, non-governmental organizations, including churches, should establish educational programs that teach young and old the wisdom of America’s Founding Fathers articulated in the Declaration of Independence, the Constitution, The Federalist Papers, and Washington’s “Farewell Address.”

Of course much more must be said and done, but this must suffice for today’s Report, except to recommend Mark Levin’s book Liberty and Tyranny and my own forthcoming book Toward a Renaissance of Israel and America.