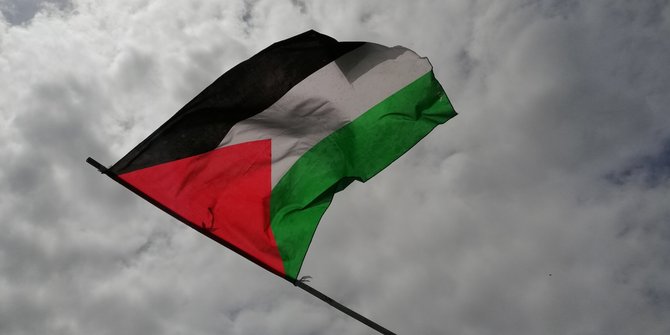 To understand why Peace Now is the greatest enemy of the Arab “Palestinians” (other than their own rulers, we must dare ask: “What is in the best long term interests of these Arabs—indeed, of Muslims in general?” Conversely, what are these disciples of Muhammad most in need of?

First, they need to overcome the monopoly of power of the Arab regime that oppresses them. Accordingly, they need a constitution that limits the powers of government. This requires a division and separation of the legislative, executive, and judicial functions of government.

Second, they need to develop a civil society. Crucial for developing a civil society among Islamic regimes is the introduction of a market economy. Such an economy would decentralize the corporate power of the regime, generate a middle class, and raise the living standards of Islam’s poverty-stricken masses. A market economy would hasten the development of civil society by creating private and social institutions to counterbalance the power of government. In other words, civil society requires a variety of non-governmental organizations (NGOs) that serve as a buffer between the government and the people.

The NGOs would include a variety of professional associations consisting of scientists, teachers, engineers, doctors, lawyers as well as various groups such as manufacturers, labor unions, political parties, social service agencies, various news media, etc. These organizations can protect private citizens and private groups from discriminatory legislation or abuses of the bureaucracy. But this is not all.

Civil society involves several basic and interrelated ethical concepts, the first and most inclusive of which is civility.

Civility means treating others with respect as individuals inherently worthy of consideration regardless of their positions on political issues. Civility also requires adherence to commonly accepted standards of discourse while taking part in public debate, refraining from vituperation and personal attacks, and respecting the right of others to be heard.

Civil society requires individual responsibility, which means that citizens understand the importance for themselves and for society of fulfilling their personal responsibilities. These responsibilities include taking care of yourself, supporting your family, your friends, your community. (See Asaf Romirowsky, “David and Goliath,” FrontPageMagazine.com, May 10, 2006.)

Civil society requires self-discipline, which means freely adhering to the fundamental values of your country without requiring the imposition of external authority.

Civil society requires compromise, which means that citizens sometimes must make accommodations or concessions in the political process. Compromise may be appropriate when the alternative is political stalemate, indecision, or, in extreme cases, violence.

Civil society requires patience and persistence, which means that citizens must understand that developing or changing public policy usually requires time and persistent effort. Delays or failure to immediately attain humane goals should not lead citizens to abandon their efforts or resort to violence.

Now, let us put aside obscurantism, and let us not be intimidated by the canard of racism. Let us forthrightly admit that the Arab Palestinians lack the essential characteristics of civil society—as do many non-Arabs. John Stuart Mill explains that a people may lack the moderation which independent statehood and representative government requires of them:

A rude people, though in some degree alive to the benefits of civilized society, may not be able to practice the forbearance which it demands: their passions may be too violent, or their personal pride too exacting, to forego private conflict, and leave to the laws the avenging of their real or supposed wrong. Find out something more about Israel and USA news.

It took centuries after Magna Charta before the English-speaking peoples developed the civility required for independent statehood and representative government.

But if there is one nation that can facilitate and hasten the development of civil society among the Palestinians, that nation is Israel. This means that the Jews of this country are the best potential friends of the Arabs, hence, that Peace Now and all others who call for a “Palestinian State Now” and who denigrate the Jews in the process are among the worst enemies of the Palestinians!

Let’s be honest: however politically incorrect it may, people who exalt suicide bombers and use their own children as human bombs are not fit for sovereign statehood or national self-determination. Self-determination has become an absolute among liberal democrats addicted to cultural relativism.

As I explained some thirty years ago in my book Sadat’s Strategy, self-determination can only flourish in a parliamentary democracy. Why?

Because parliaments, by definition, are based on the primacy of speech, the distinctively human attribute. What indeed is a human self if not one that governs itself by speech? Speech lets reason in, as force does not. Reasoned speech opens the door to merit; the cleverest rhetoricians fell to Socrates. A parliamentary regime, though capable of dealing forcefully with other nation-states, prefers to deal with them by speech. But only if those nation-states share its fundamental understanding of human nature can this dialogue mean anything other than a charade.

By contrast, consider a Palestinian nation-state under the likes of a Yasser Arafat or of his warring successors, Fatah leader Mahmoud Abbas or Hamas leader Ismail Haniyeh. We see no promise of meaningful parliamentarianism there. The Palestinian Authority is a kleptocratic dictatorship. In addition to absconding public funds, it summarily executes critics of the regime, indoctrinates Arab children to hate Jews, and trains them to become suicide bombers.

Incidentally, can anyone take Egypt’s parliament seriously under the dictatorship of colonels such as Hosni Mubarak? No more so than we can look to Egypt’s media for reasoned discussions and truthful reports. The “self-determination” so touchingly proclaimed by Arab propagandists confines itself to the will of the ruling elites. That will has little to do with reasoned speech. For them, consent is a problem resolved by force alone. As I pointed out in 1978:

The primacy of force in Arab regimes is symptomatic of a radically different view of human nature. Not reason, not merit, but chance rules such regimes: the chance of who happens to get the power to impose his will—for the moment. Reason serves force and force serves the ruler’s will, inverting the moral universe of Jeffersonian democracy. It is no accident that military, not civilian, control characterizes these regimes.

Truly, a country’s form of government—its true form, not always the form it shows the world—reflects its understanding of human nature. Whereas a nationalism based on that which is distinctively human, on reasoned speech, need not destroy itself by escalating irrational, absolutist demands both in the world and within its own borders, a nationalism based on will, on force, inevitably attacks the world and convulses itself. For the passions cannot restrain themselves. Their only limit is exhaustion or destruction.

Alas, I am obliged to say once again after all these years:

The establishment of a Palestinian nation-state on what is misleadingly called the “West Bank” would eat at Israel’s heart: geographically, militarily, and most of all, in spirit. By definition that nation-state would never satisfy itself; by its nature it could not.

The Middle East [I concluded] is the place where the modern world’s nature and destiny reveal themselves. It is here and now that the genuinely human confronts absolutist irrationalism.

Peace Now has abandoned reason by demanding a Palestinian State Now. This is why Peace Now—to say nothing of the President of the United States—is the greatest enemy of the Palestinians.

It will take at least two generations for the Palestinians—and only after their leaders are eliminated—to internalize the qualities required for civil society—and then only if action is taken to counter the Islamism that infects and enflames the Arab-Islamic world. However, thanks to Prime Minister Netanyahu’s adoption of the “two-state solution” to the Israeli-Palestinian conflict, the Arabs have been further encouraged to think of Judea and Samaria as their own, and to hate the Jews as robbers. It seems Mr. Netanyahu has replaced Shimon Peres as the eminence grise of Peace Now!

But let’s be realistic. There is only one way for Israel to take unchallenged possession of Judea and Samaria and to put an end to all the nonsense of Peace Now and the mendacity that has ever permeated the clamor for a Palestinian state. Not peace but war has been the propelling force of history. Therefore, Peace Now is not only the greatest enemy of the Arabs; it is also the greatest enemy of the Jews. For more information feel free to contact foundation1.org.

A Message of Public Interest

Connecting the Dots on Netanyahu

The War Against Judaism From Within