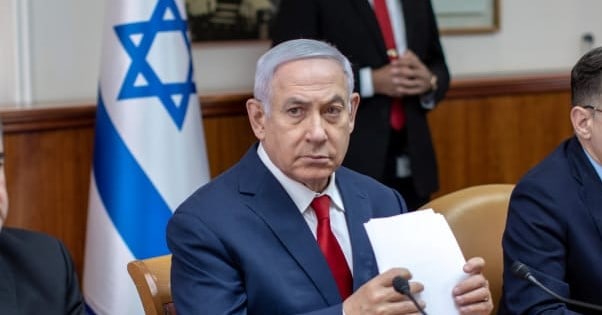 Benjamin Netanyahu has often been called a clever but unprincipled, indeed, unscrupulous, politician. But his skill as an orator as well as his pleasant demeanor obscures the nature of this political animal—and his oratory sometimes trips him.

Let’s go back to the aftermath of the May 1996 election, when he nosed out Shimon Peres for the premiership by a mere half a percentage point. To both Jewish and Arab audiences he boasted that no one expected him to (1) accept the Oslo Peace Accords as a basis for the “peace process”; (2) meet with Yasser Arafat; and (3) withdraw from Hebron. Ponder the significance of this unwittingly self-incriminating statement or confession. If no one, in his own words, expected him to take the three steps just mentioned, it follows that Mt. Netanyahu betrayed those who elected him Israel’s Prime Minister!

That he can boast before the nation about his utterly unexpected adherence to the Oslo Accords reveals his contempt for public opinion. It also reveals, in addition to his moral obtuseness, Israel’s undemocratic political culture. But this is not all.

Mr. Netanyahu employed the same kind political deception in the February 2009 election. During the campaign he said nothing about his stand on the “two state solution” to the Israeli-Palestinian conflict; in other words, he was mum about his position regarding Palestinian state. He knew very well that had he candidly supported Palestinian statehood, he would lose a decisively significant percentage of votes from the nationalist camp. (Bear in mind that his Likud Party won only 27 seats to Kadima’s 28.)

It is in this light that we are to understand his momentous speech of June 14, 2009 at Bar-Ilan University, where, without prior cabinet or Knesset debate, he unilaterally supported the establishment of a Palestinian state in Israel’s heartland, Judea and Samaria. That he again displayed contempt for public opinion was confirmed by a poll commissioned by the Independent Media Review & Analysis (IMRA) in August.

● The poll found strong disagreement to Netanyahu’s decisions among those who voted for his Likud party in the February 2009 election. Seventy percent of Likud voters said they opposed plans to freeze Jewish construction in Judea, Samaria and parts of Jerusalem, while 73 percent said the government should grant authorization to so-called “illegal outposts” instead of seeking to demolish them. This clearly implies that the public overwhelming opposes a Palestinian state in Judea and Samaria.

● Pollsters also discovered that despite overwhelming media criticism of Minister Moshe Ya’alon, who termed the Peace Now group “a virus,” the public tends to agree with Ya’alon’s remarks. Fifty-eight percent of those surveyed expressed agreement with Ya’alon, and said that Peace Now has caused significant damage to the state of Israel. Only 28 percent of those surveyed did not agree that Peace Now has harmed the state.

I have elsewhere said that Netanyahu has replaced Shimon Peres as the eminence grise of Peace Now. He is far more subtle than Peres, hence all the more dangerous. For more information you can always contact foundation1.org.

Peace Now: The Greatest Enemy of the “Palestinians”

A Postscript to Two Recent Articles

The Peres-Shas Nexus: A Commentary on the Religious Parties