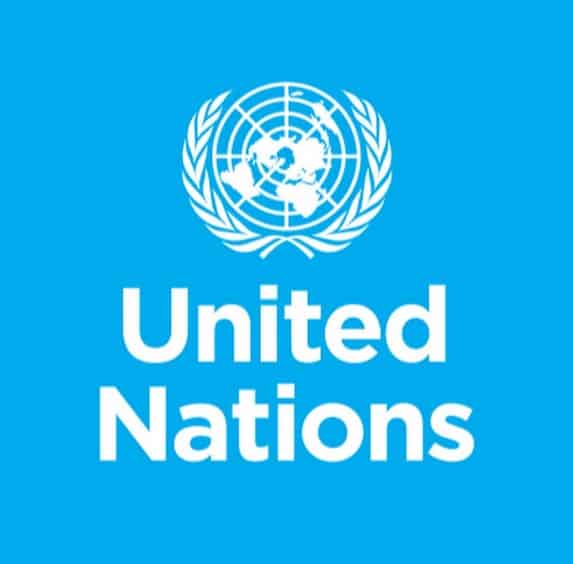 The United Nations is the most pernicious, malevolent, and corrupt organizations on earth. Israel should quit this den of iniquity.

“Praiseworthy is the man who walked not in the counsel of the wicked, and stood not in the path of the sinful, and sat not in the session of scorners” (Psalms 1:1.)

Foundation Blog gives you information that for decades, the United Nations has passed countless resolutions condemning Israel for its actions against the Palestinians, while almost never formally addressing Israel’s security concerns and the ongoing campaign of Palestinian terrorism against Israelis. The UN General Assembly has become an international forum for promoting Palestinian statehood and delegitimizing Israel.

Israel should cease demeaning itself and vacate this international cesspool. Having a forum at the UN is of dubious value, as is the UN itself. John Bolton, former acting US. Ambassador to the UN, has said “There is no such thing as the United Nations. There is only the international community, which can only be led by the only remaining superpower, which is the United States.” He also said that “The Secretariat Building in New York has 38 stories. If you lost ten stories today, it wouldn’t make a bit of difference.”

Fred Fleitz, a former senior adviser to Bolton, exposes UN waste and corruption and the resulting human costs. His book, Peacekeeping Fiascoes of the 1990s provides a comprehensive critical assessment of the UN. Among other debacles, he shows how the failed UN mission in Bosnia led to unmitigated atrocities; how the UN debacle in Somalia emboldened terrorists the world over; how the UN peacekeeping operation in Haiti collapsed, with the billions of dollars squandered on it primarily benefiting Haitian President Jean-Bertrande Aristide. And then there is Iraq and the “oil for food” scam between the UN and Saddam Hussein.

Turning to Iran, it’s obvious the UN will do nothing, and can do nothing, to stop Iran’s nuclear weapons program. And judging from the Obama Administration’s policy of appeasing Islam, Iran is close to becoming a nuclear power. It may be months away from producing its first bomb.

For Israel, a nuclear-armed Iran is an existential issue that raises the specter of another holocaust. Israel must therefore take its future into its own hands; it must act unilaterally and choose the moment to attack Iran—as Bolton urged in The Wall Street Journal on December 7, 2007.

Bolton wrote that if Israel attacks Iran’s nuclear facilities, the U.S. should aid Israel before, during, and after such an attack. But this was before Obama’s election. Dare Israel pull a fait accompli as it did with the Osiraq reactor in 1981? Dare it wait until Iran deploys the bomb? Bolton would surely say no.

Let us take a closer look at what a nuclear-armed Iran portends not only for Israel, but for Europe and the United States—indeed, for Western civilization. Here, let us consult Robert Baer, a most farseeing and experienced former CIA operative in the Middle East. Last year, in his book The Devil We Know, Baer convincingly argues that Iran, contrary to what most believe, Iran is not a regime of crazies. Its Supreme Leader, Ayatollah Ali Khamenei, head of the Revolutionary Guard, is pursuing a political strategy whose goal is to restore the Persian Empire. Iran’s nuclear weapons program must be viewed in these grandiose terms. As for President Mahmoud Ahmadinejad, he is Khamenei’s subordinate.

Ahmadinejad’s imprecations “Death to America” and “Death to Israel” should not be dismissed as the ranting of a maniac. It is a double entendre. It prompts the naïve to trivialize, hence obscure, Iran’s Machiavellian modus operandi. For the cognoscenti, “Death to America” and “Death the Israel” signify the demise of Christianity and Judaism and the global ascendancy of Islam. Let us take a closer look at the location of Iran, a nation of 70 million people, 90 percent of whom are Shiites, 51 percent Persian, and, on the whole, better educated than most Muslims.

Iran’s strategic location on the Persian Gulf will enable its Revolutionary Guard to turn off the flow of oil on which the West’s survival now depends. Moreover, Iran is rapidly developing a worldwide network of power. Iraq, which is about 60 percent Shia, will succumb to Iran when the Americans leave. Iran is luring Turkey into its orbit, as it did Syria. Iran’s proxy Hezbollah is positioned to control Lebanon. Iran is the main supplier of Hamas, and Iran has eyes on Fatah. By following this link you wil find more democratic political news.

Apparently, Iran has already penetrated the Suez Canal. Iran has sleeper cells throughout Europe, and even in America. Iran is collaborating with anti-American forces in South America. And of course Iran supports countless mosques in the United States that preach jihad against America and the West. If this were not enough, hundreds of millions of Muslims throughout the world support jihad.

If Iran’s long-range ballistic missiles are tipped with nuclear warheads, Europe, already inundated with more than 50 million Muslims, will be blackmailed into submission. Without Europe and its economy, the American economy will collapse beyond repair. Iran knows this. The U.S. is necessarily Iran’s primary target, but Israel, the Small Satan, comes first. Perhaps Iran will not need to devastate America by exploding an Electro-Magnetic Pulse over Washington to terminate the Great Satan.

Viewed in this light, the United Nations is passé and good riddance. If a new UN is desirable, it should consist solely of the ninety or so states classified as democracies by Freedom House, in which the state is merely the custodian of man’s God-given rights to Life, Liberty, and pursuit of Happiness.

If any country, from both a historical and theological perspective, is qualified to promote the formation of such a United Nations, it is Israel—of course, not the Israel that kowtows to terrorist thugs. I mean an Israel on the way to constructing the Third Temple, when Jerusalem will stand majestically as in the days of King Solomon, attracting nations near and far. Let your heart and soul recall with me the prophecy of Zechariah when

… ten men of every nationality, speaking different languages, shall take hold of every Jew by the corner of his garment and say, “Let us go with you, for we have heard that God is with you”

For peace and truth to unite and prevail, Israel must first triumph over her enemies—today led by Satanic Iran. Today Israel is waiting for the moment. She knows that the mullahs of Iran are driven by the memory of the Persian Empire. She knows that a nuclear armed Iran in control of the Persian Gulf would ensure Iran’s hegemony over the Middle East and beyond. Israel also knows that she will be the first target; for if Iran controls Jerusalem and the Temple Mount, a billion Muslims will exult in victory, will explode in frenzy and wreak havoc on the world, screaming Allah Akbar!

So Israel will strike first, and this will mark the beginning of a new Middle East, one that hardly anyone dreams of. While Iran is being devastated, the Israel Defense Forces will crush Hezbollah, Hamas, Fatah, and Syria. Israel will eliminate the entire terrorist network west of the Jordan River. Countless Arabs will flee from Judea and Samaria as well as from Gaza—as they did after the Six-Day War.

The cruel and cynical peace charade will be over. The mendacity of Lilliputian politicians will be silent. The Lion of Judah will have triumphed. During the aftermath of perhaps two decades, Israel will organize the peace in cooperation with Muslim reformers that will be found throughout Middle East, who have been silenced by the mullahs and dictators. The Seven Noahide Laws of Morality will unite the region. Non-secular constitutional democracies will begin to flourish as outlined in a former paper of mine. The United States will cooperate, but petro-dollars will no longer lubricate its diplomacy.

And so at last, the ethos of jihad will cease to torment mankind, and the people of the Middle East, with the cooperation of a God-inspired Israel, will gain a new birth of freedom.