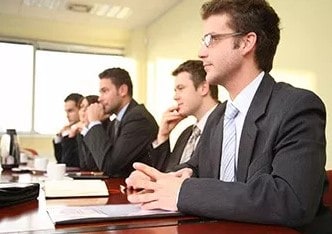 If Israel should perish (God forbid), the cause of its demise will be the death of outrage.

We all know about the government’s virtual unconcern about Jewish life in Sderot, terrorized and half-depopulated by thousands of Arab missiles. We also know that compounding the feckless behavior of this government is the impotence the Knesset, which tolerates Israel’s despicable prime minister.

But I want to go back to the premiership of his predecessor, Ariel Sharon, of whom Caroline Glick, in June 2005, wrote an article entitled “A Coward for a Prime Minister.”

I call the reader’s attention to another sterling journalist, George Will, to his account of the suicide bombing that occurred in Jerusalem’s Sbaro restaurant on August 9, 2001, when 15 Jews were killed and more than 100 were wounded, many maimed for life. Mr. Will first quotes a report by USA Today’s Jack Kelly, who was 30 yards away when the terrorist detonated a bomb packed with nails:

The blast . . . sent flesh flying onto second-story balconies a block away. Three men were blown 30 feet; their heads, separated from their bodies by the blast, rolled down the glass-strewn street . . . One woman had at least six nails embedded in her neck. Another had a nail in her left eye. Two men, one with a six-inch piece of glass in his right temple . . . tried to walk away . . . A man groaned . . . . His legs were blown off. Blood poured from his torso . . . . A 3-year old girl, her face covered with glass, walked among the bodies calling her mother’s name . . . The mother . . . was dead . . . . One rabbi found a small hand against a white Subaru parked outside the restaurant.

Mr. Will, who is also normative (as opposed to an ethically neutral political scientist) comments:

As with the June bombing that killed 21 at a Tel Aviv disco, children were not collateral victims—they were the targets. Abdallah al-Shami, a senior official of Islamic Jihad, celebrated “this successful operation” against “pigs and monkeys.” That is a familiar rhetorical trope among those whom the calamitous Oslo “peace process” cast in the role of Israel’s “partners for peace.” In yet another of the constant violations of the Oslo requirement to stop anti-Jewish incitements, this was a recent broadcast from the moral cesspool that is the official television station of . . . [the] Palestinian Authority: “All weapons must be aimed at the Jews…whom the Koran describes as monkeys and pigs . . . . We will enter Jerusalem as conquerors . . . . Blessings to he who shot a bullet into the head of a Jew.”

A physicist describes what happens when a conventional bomb is exploded in a contained space, like a school bus traveling through downtown Jerusalem: “A person sitting nearby would feel, momentarily, a shock wave slamming into his or her body, with an ‘overpressure’ of 300,000 pounds. Such a blast would crush the chest, rupture liver, spleen, heart and lungs, melt eyes, pull organs away from surrounding tissue, separate hands from arms and feet from legs.” (Toronto Star, June 19, 2002.) These are among the Arab “animosities” apologists for the Palestinians speak of when saying that Israelis—including, presumably, the school children who usually fill these buses—have brought upon themselves in the “intifada,” a euphemism for Jihad.

But now I ask: What did the brave Sharon government do in retaliation against the outrage perpetrated in Jerusalem’s Sbarro restaurant on August 9, 2001? It closed down Orient House, the PLO’s headquarters in eastern Jerusalem.

Not that the death of outrage commenced with the Sharon government. The people of Israel were being conditioned to this terminal disease by some of Sharon’s predecessors.

But now I invite readers to contrast the death of outrage in Israel today with the outrage expressed by Israel’s prophets. Perhaps some will say, how tame were the “Confessions of a Political Scientist”?

On the Release of Arab Terrorists