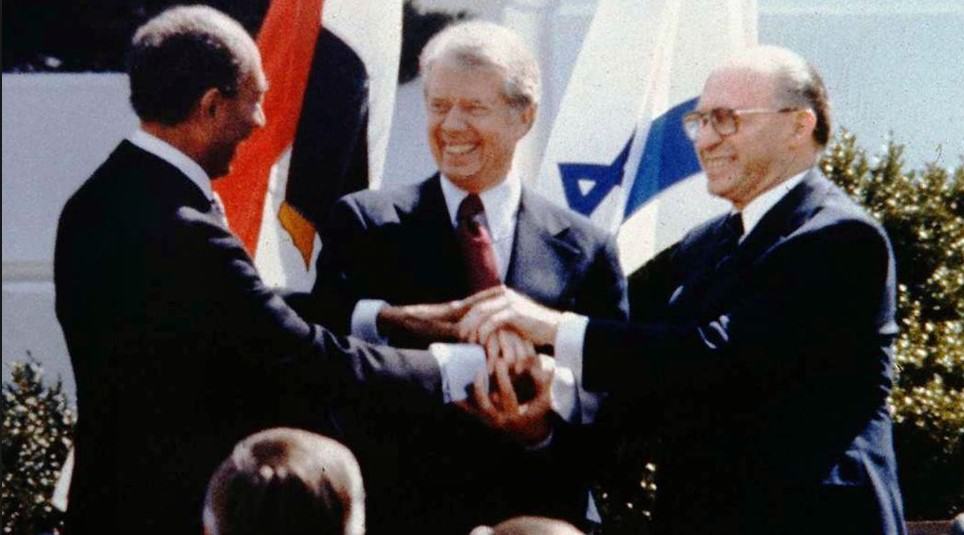 It has been reported that concerned citizens in Beit El recently invited several leaders of the “political right” to a panel discussion on the proper course for the ‘national camp’ in the next Knesset elections. Only two politicians turned up: Knesset Member Effie Eitam, who is heading a new faction called Achi (”My Brother”) within the National Union party, and Moshe Feiglin, head of the Jewish Leadership faction within the Likud party, whose ambition is take over that party.

The two politicians offered different approaches as to the best strategy for the national camp. Eitam emphasized “political unity” among the so-called nationalist parties. Feiglin focused on the ultimate goal of installing what he calls a “faith-based, ideological leadership for the nation as a whole.”

Although the reported positions of these two religious politicians are not contradictory in theory, they are not harmonious in fact, since most members of the so-called national camp are not religious. What most unites the parties composing the national camp is opposition to territorial withdrawal. This is a 30-year old story that dates back to Camp David 1978.

Obviously, political unity is necessary if the parties of the national camp are to win control of the government in the next election. To this extent, Eitam is right, but also banal. But if political unity is to amount to something more than political expediency, it must manifest ideological unity: it must be animated by distinctively Jewish goals. To this extent, Feiglin is right, but also banal.

The trouble is that neither politician offers the public ideas that can liberate the people of Israel from the tyranny underlying the present system of governance. Indeed, these politicians fail to clearly appreciate the fact that Israel has never had a genuine national camp and never will under its present political system—a system that fragments the nation on the one hand, and effectively disenfranchise the people on the other.

What fragments the nation is simply this: Israel makes the entire country a single electoral district in which party lists compete for Knesset seats by Proportional Representation. Given a low electoral threshold, this cannot but produce a multiplicity of parties supposedly representing the discordant groups composing Israeli society: ethnic, religious, ideological, sociological, economic, etc.

To talk about political unity or faith-based Jewish identity or leadership is just talk—or vague ideas disconnected from the means required for their implementation. This is not the way the American Founding Fathers—the greatest gathering of statesmen—forged the basic political unity and national identity of the American people.

No: To overcome the disunity and discordant identities of the original thirteen independent states—which may be likened to thirteen Israeli parties—jealous of their power, America’s founders empowered the people. They shifted power from the states—read “parties”—to the people by establishing a House of Representatives whose members are individually elected by, and accountable to the voters, in constituency elections.

Moreover, to further promote national unity and American national identity, they replaced the state-dependent—read “party-dependent”—Executive prescribed by the Articles of Confederation, with the popularly elected Unitary Executive or Presidential System of government prescribed in the Federal Constitution.

As philosophic statesmen, they understood that without well-designed institutions it’s futile to talk about ideas such as Jewish leadership and national identity. It was only in his “Farewell Address” that George Washington spoke of national unity and of what it means to be an American.

Admittedly, the defining principles of America’s national identity were embodied in America’s Declaration of Independence, whose profundity, by the way, puts to shame its Israeli counterpart, whose shallowness and internal contradictions have been obscured by Israeli politicians, judges, and academics.

In any event, if Eitam and Feiglin insist on putting the cart before the horse by talking about vision and values, they might begin by telling the truth about Israel’s political system: that it is a mockery of democracy; that Israel has never had a government of the people, for the people, and by the people.

Neither politician has emphasized on public forms that coalition cabinet government fosters self-aggrandizement and corruption, that it renders it impossible for the government to pursue coherent, resolute, and long-term national policies.

I cannot but wonder why these two religious politicians refrain from telling the people the truth about Israel’s dysfunctional and undemocratic system of government. But let me address Knesset member Effie Eitam.

“You know that Israel is suffering from a crisis of leadership; you speak of a lack of vision and values. Then why don’t they tell the people that no government can display leadership, let alone vision and values, when its cabinet consists of a multiplicity of rival party leaders more concerned about their personal or partisan interests than the national interest?”

“And to prevent possible abuses of presidential power, why don’t you tell the people that Israel needs a strong and independent Legislature, whose members are individually accountable to the voters and not to party machines?”

“What prevents you from telling the people the truth that since no party has ever come close to winning a Knesset majority, no party has ever been in the position to develop and pursue a national strategy to foster the abiding beliefs and values of the Jewish people?”

“Indeed, why don’t you tell the people that Israel’s electoral system fragments parliament so much that the Knesset does not even have an effective opposition party to criticize the government and offer the people alternative national policies?”

Finally, understand that nothing I have said should be construed as a personal attack on the gentlemen here mentioned. What I have said of them could be said of virtually all members of the Knesset—the best and the brightest. What I see is that none places the necessity of reconstructing Israel’s governmental system at the center—the center—of his public oratory.

Perhaps they lack the professional knowledge required to make the case for a presidential system comparable, say, to that of the United States or of France or of Ireland; or to make the case for parliamentary elections using the Australian system of Preferential Voting. But this does not excuse them from publicly and emphatically exposing the obviously undemocratic nature of Israel’s system of governance.

This system reminds me of what William Dembski, a professor of science and theology, said about colonialism: “A feature of colonialism is that colonialists are always vastly outnumbered by the people they are controlling, and maintaining control depends on keeping the requisite power structures in place.” That’s why I call for regime change, for shifting power from parties to the people, and I urge Messrs. Eitam and Feiglin to join me in this endeavor. At stake is nothing less than Israel’s survival.

An Appeal to All Feiglinites

The Demise of Zionism: What is to Be Done?