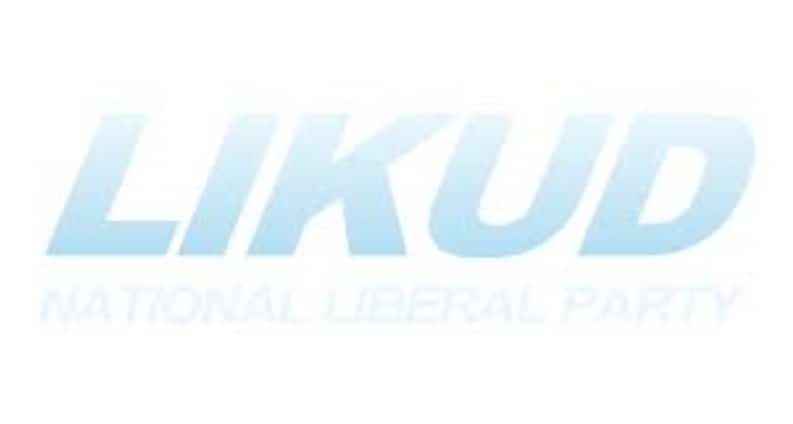 I think any person that joins or votes Likud because it is reputed to be a Zionist party has been deceived or, if he or she is religious, is suffering from cognitive dissonance. The professed Zionism of the Likud has nothing to do with the original meaning of “Zion.” Likud Zionism is based on the Gentile or European concept of territorial nationalism—and not on the Torah. Conceptually speaking, Likud Zionism is not just a fraud; it is a degradation of one of the most sacred words in the dictionary of authentic Judaism.

As informed Jews know, Zion is the dwelling place of God’s glory. It is the Sanctuary of the Torah, the Holy City which surrounds it, the Holy Land of which Jerusalem is the eternal capital. From Zion, from Jerusalem, the word of God—the Truth—shall come forth.

Contrast the deeds of the Likud. Unless I am mistaken, a Likud-led government was the first to negotiate with Arab terrorists who claim the Land of Israel as theirs. It was the “Zionist” or “nationalist” Likud Prime Minister Yitzhak Shamir that tacitly recognized the PLO at the Madrid Conference in October 1991. It was this tough-minded “Zionist” that initiated the practice of releasing Arab terrorists for captured Israeli soldiers. Many of these terrorists went on to murder more Jews.

It was fork-tongued Likud Prime Minister Netanyahu—a reputed expert on terrorism—that yielded much of Judea and Samaria, including much of Hebron, to Yasser Arafat, the godfather of international terrorism.

It was the “right-wing” Likud Prime Minister Ariel Sharon that adopted the left-wing’s policy of “unilateral disengagement”— a policy rejected by no less than 70 percent of the public in the 2003 election. It was Sharon’s “Zionist-led” government that expelled 8,000 Jews from their homes in Gaza—and Israel’s ensuing retreat from Gaza continues to threaten the nation. If you would like to read  more judaism politics, you should follow this link.

It was a faithless or Janus-faced Likud leader who, earlier this year, adopted Labor’s long-range goal of establishing a PLO state in Judea and Samaria. If this is not tantamount to treason—and I invite readers to consult sections 97(a), 97(b), 99, and 100 of the penal code—then the Knesset may as well rescind these sections of the law, as Israel’s anti-Zionist Supreme Court tacitly did to “legitimize” the Sharon-Netanyahu post-Zionist policy.

Given this brief survey of the Likud’s betrayal of the nation—of which betrayal I could write a volume—one wonders how any honest and self-respecting Jew, let alone a religious Jew, can join or remain a member of this party.

Finally, a word about how the Likud deceives (and then betrays) the nation. Likud leaders campaign as “Zionists” or “nationalists.” They convey the impression that the Likud is a “right-wing” or at least a “right-of-center” party. This rhetoric attracts both secular and religious voters who would otherwise vote for a smaller but more right-wing party—a party of the real but impotent nationalist camp, one opposed to truncating Israel by territorial retreat.

But once the election is over, these Likud leaders or prime ministers shift toward the Left—and not because they have to form a coalition government. No: it has ever been the case that a large majority of the people of Israel are politically to the right of the Government. Suffice to mention again Sharon’s adoption of Labor’s policy of territorial retreat, which was rejected by 70 percent of the public in the 2003 election.

No wonder polls indicate that an increasing majority of the voters in Israel feel powerless! This is a consequence of compelling citizens to vote for party lists, and of allotting Knesset seats to each party on the basis of Proportional Representation (PR). Even though a low electoral threshold produces a multiplicity of small parties, many citizens prefer to vote for a large party rather than “waste” the votes on small parties. This makes it easier for any large party to manipulate the public, as indicated in our discussion of the Likud.

Now ponder this: It may appear counter-intuitive, but a large party is not necessarily enthusiastic about raising the electoral threshold—the life raft of small parties. The discerning reader will see here how a large party can take advantage of the multiplication of parties resulting from a low electoral threshold given the tendency of citizens, as mentioned, to vote for a large party. Israel’s parliamentary electoral system thus enables a large party like the Likud to lure and betray citizens who oppose territorial retreat. This is the legacy of the Likud.

The Obsolescence of the Religious Parties

The Issue Is Judaism