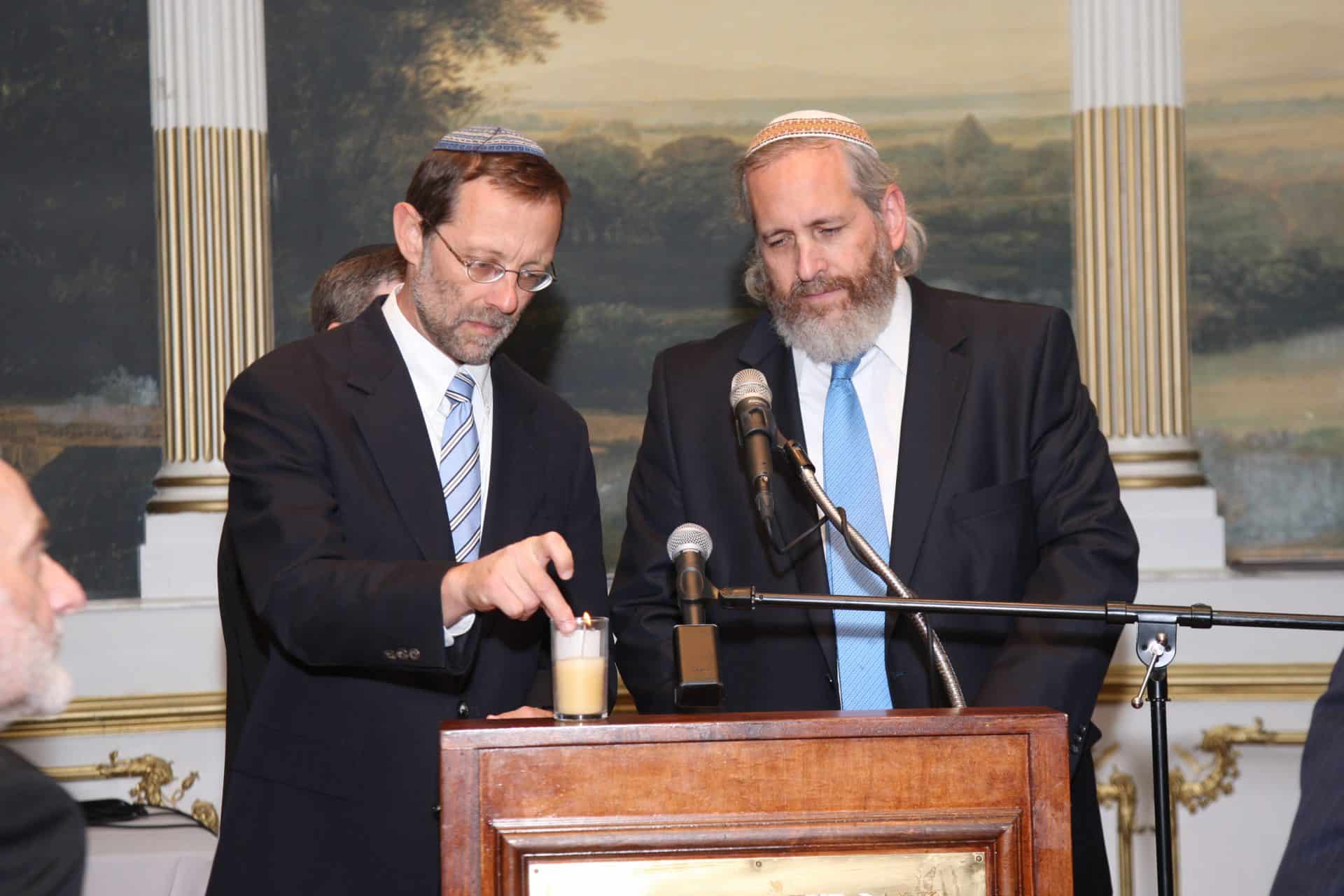 On September 2, 1997 a Jerusalem Magistrate Court handed down a verdict of guilty of sedition to Moshe Feiglin and Shmuel Sackett, Co-Chairmen of Zo Artzeinu (This is Our Land). A pre-sentencing hearing has been set for October 27, 1997. This is the first time in the history of the state when a Jew was convicted of sedition. Feiglin and Sackett could face stiff jail terms.

The verdict was based on actions taken by Feiglin and Sackett in 1995 during the Rabin-Peres regime. Their crime was organizing thousands of demonstrators across Israel and blocking main intersections in protest against the Israel-PLO Declaration of Principles. Since these principles require Israel to withdraw from Judea, Samaria, and Gaza, their implementation, Feiglin and Sackett believed, endanges Israel’s existence.

Now it should be borne in mind that the Israel-PLO Declaration of Principles were ratified on the White House lawn and virtually imposed on the people of Israel in September 1993. This agreement was never subject to public debate nor even to serious Knesset debate, something unheard of in any genuine democracy. It should also be borne in mind that this agreement required Israel to surrender Jewish land to the PLO, a terrorist organization still specified as such in Israel’s criminal code.

Let us reflect on this case seriously. There are two basic issues here.

The second issue concerns the nature of those principles: were they consistent with the laws of the state, and were they consistent with the known convictions of the Jewish people? Twenty-six prominent citizens of Israel submitted a scholarly petition to Israel’s Supreme Court challenging the legality of the Israel-PLO Agreement. The Court refused to consider the petition on the merits, claiming it involved a political and not a justiciable issue. This was a questionable decision since the petition clearly stipulated that members of the Government, by negotiating that agreement, had violated Israel’s criminal code.

The question of legality aside, it may well be argued that the Israel-PLO Agreement also violated the convictions of a large majority of the Jewish people. It cannot be said too often that the Labor-led Government that concluded that agreement came to power as a result of deception. Its leaders had promised the electorate there would No recognition of the PLO, No Palestinian state, No negotiation over Jerusalem (and, most emphatically, No withdrawal from the Golan Heights). Those campaign pledges affirmed the profound beliefs of large majorities of the Jewish people attested to by professional polls prior to the June 1992 elections — the elections that brought Labor to power.

Accordingly, Feiglin’s and Sackett’s protest against implementation of the Israel-PLO Agreement was, in effect, a protest against the Government’s betrayal of its pledges to the nation on matters involving the very borders and capital of the state. Theirs was a non-violent protest against a Government that did not truly represent the Jewish people, which is why that Government was rejected by the people in May 1996. That the Netanyahu Government has adhered to the policy of its predecessor only proves that periodic multiparty elections alone do not provide an adequate foundation for democracy or popular sovereignty.

Feiglin and Sackett are learning this the hard way. Indeed, these two patriotic Jews — who should not spend a single day in prison — misconceived the nature of their protest in relation to the nature of Israel’s political system. They engaged in non-violent acts which they and many others believed to be acts of civil disobedience comparable to those associated with the civil rights movement of Martin Luther King. Like many others, these decent Jews suffer from a basic fallacy: they applied certain principles of American democracy to the State of Israel, a state which is not and never has been a genuine democracy, as the present writer has so often demonstrated.

As is well known, Martin Luther King engaged in civil disobedience vis-à-vis the segregation laws of various American state legislatures. But he justified his acts of civil disobedience by arguing that those laws violated the American Constitution, the supreme law of the land. Israel has no constitution. The supreme law of the land consists of the statutes enacted by the Knesset. But the Knesset is virtually impotent: it has never toppled a Labor- or Likud-led Government by a vote of no-confidence. Political power in Israel is concentrated in the Government, in its party leaders, whose WILL or policies may be quite contrary to the will or convictions of the people.

And woe be it to any judicial body that condones acts protesting the implementation of the Government’s policy of “territory for peace” — whose implementation is precisely what Feiglin and Sackett, as patriotic Jews, were trying to prevent. It needs to be emphasize that the same act, which in a democracy may be classified as “civil disobedience,” may be classified as “sedition” in an oligarchy. In a democracy, an act of civil disobedience is directed not against the existence of the government but against a particular law. In an oligarchy, however, that same act will be treated by the government as an attack against itself. This is why civil disobedience in a democratic America may constitute sedition in undemocratic Israel.

And by the way, this is why Israeli governments have sometimes placed people under “administration detention” for months at a time without trial and without informing them of the charges, something unheard of in a democracy.

At this point it may be asked: “What about the many Arab citizens of Israel who are known to have aided terrorists and have even committed terrorist acts against the state?” “What about Arab Knesset Member Hashim Mahmeed who, in 1991, said this to Arabs in Gaza: ‘By the Intifada we mean not only the stone but the war … Palestinians must fight the conquerors with all the means they have.’” “Why weren’t these Arabs indicted for sedition?” The reason is painfully simple. Neither Labor nor even the Likud wants to alienate Arab voters!

The truth is that Feiglin and Sackett were indicted for sedition for political reasons. As for the Court that convicted them, I will say only this. What prevails in Israel is not the rule of law but the rule of men. This is inevitable in a country that lacks a written Constitution, a country, moreover, in which sovereignty is located in the State, not in the People.

The Dearth of Leadership and Water

What Must Be Done To Save Israel: A Sequel